Academic researchers use GlobalFoundries technologies to boost the range, resolution and visual field of automotive radar systems, a critical need for the industry.

Automotive radar has come a long way since 1999, when Mercedes-Benz “taught the car to see” as the company puts it. That’s when Mercedes introduced the first radar-based adaptive cruise control (ACC) system to be deployed commercially, its DISTRONIC system, initially available as an option on select models.

Today, of course, ACC is standard on many new cars, but it’s far from the only automotive radar application and more are on the way. Modern vehicles may have several different radars for automatic emergency braking, blind-spot monitoring, lane-change assist and other advanced driver-assistance system (ADAS) functions. In the not-too-distant future, enhanced radar capabilities will enable more sophisticated safety systems and more autonomous vehicles. GF’s Automotive, Industrial and Multi-Market (AIM) business unit is its home for automotive radar solutions, as well as for Internet of Things and industrial radar applications like traffic monitoring and factory automation. (Motion-sensing radar for cell phones is a focus of GF’s Mobile and Wireless Infrastructure business unit.)

GF’s strategy to meet these requirements includes collaborations with key academic researchers through GF’s University Partnership Program. We recently told how this program is advancing 6G wireless communications technology. Now, to learn how GF solutions are driving progress in automotive radar, we also spoke with GF academic partner Sorin Voinigescu, a University of Toronto professor and one of the world’s leading experts in high-frequency electronics. 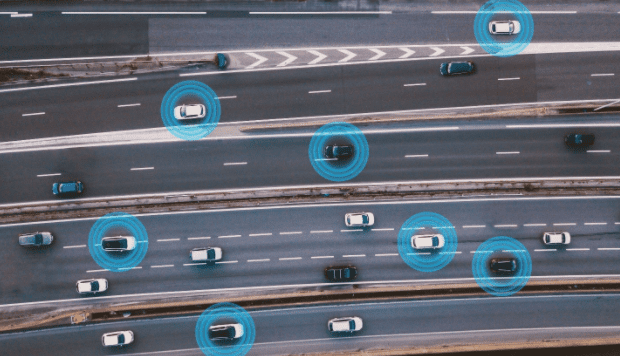 Range, Resolution and Field-of-View are Key

GF’s Inanlou said range, resolution and field-of-view are the main requirements for automotive radar systems, and that significant improvements must be made in all of them to reach the industry’s goals. “Range, or how far ahead of the car a radar can see, is a function of the car’s speed, and by the end of the decade we’ll need to have systems with a range of 300 meters, up from about 150 meters today, to meet the needs of proposed ADAS systems,” he said. “At the same time, we’ll also need higher resolution to better distinguish between objects, much as lidar does. Lidar is a complementary light-based system which right now can identify objects more realistically than radar, but it doesn’t work well in degraded visual environments such as in heavy rain or foggy conditions. Replacing lidar with radar is desirable because lidar technology tends to be bulkier, less power-efficient and more expensive,” he said.

“Finally, in order to create a complete protective zone around the car, we will need to have a much greater field-of-view, or ability to look around the car in every direction. This will require perhaps as many as 10 different radars located throughout a vehicle.”

Much more integration with CMOS devices is also needed, to create automotive radar that offers more functionality as well as being extremely reliable, highly power efficient, and physically small. Parvarandeh said greater integration will lead to entirely new capabilities and will open up new opportunities for automakers. “Say the car in front of you suddenly stops. The next technical milestone beyond automatic emergency braking is the ability to look around and calculate whether your car can swerve around it, taking into consideration the available time plus any traffic or other obstacles near your car,” he said. “This is important not only for safety, but also because it will give automakers a new feature they can use to attract customers.”

Indeed, the importance of highly integrated automotive radar systems is illustrated by the recently announced agreement between GF and Tier One auto supplier Bosch, which selected GF as its partner for development of next-generation millimeter-wave (mmWave) automotive radar system-on-chip (SoC) in part because of the broad feature integration capability of GF’s 22FDX RF platform.

“Right now automotive radar operates at 80 GHz, higher than cellular frequencies, and you want to put these mmWave frequencies on the same chip with high-performance digital CMOS capabilities, so the 22FDX platform comes into play,” said Parvarandeh.

“Low-power operation is also critical, not only because energy efficiency is desirable but because higher-power devices get hotter, and where these devices are located in a vehicle plays a major role in whether heat can be dissipated effectively,” he said. “Heat affects reliability, and in the future we anticipate there will be more electronics in car doors and other locations where it’s very difficult to get rid of the heat, so highly power-efficient solutions like 22FDX are a must.”

While GF’s family of 22FDX solutions already offers high performance at low power, Inanlou said GF has technical roadmaps in place to achieve even higher performance, operating frequencies, and levels of integration, along with the highest possible Ft and Fmax performance in SiGe technology.

That’s where the partnerships with Prof. Voinigescu and others come in. “Right now we’re working with eight professors globally who are doing important research into next-generation radars,” Inanlou said. “These collaborations are important because they result in overall reference designs and proof points for our technology which complement the work being done by our own internal teams, whose mmWave reference design work tends to be tailored to industry needs and specifications.” Professor Voinigescu has been involved with high-frequency electronics since the early 1980s when, as an undergraduate at Romania’s Polytechnic Institute, he assisted his professor on a project to develop a 10 GHz radio to connect computers at a distance. “Back then we were using microwave waveguides and discrete diodes rather than integrated circuits electronics. We placed these huge three-meter-wide antennas on the tops of buildings to transmit and receive the signals, and it seemed I was always up there trying to align them.” He continued, “I’ve always been interested in wireless and fiber optic technologies because I think they have been and are going to become even more necessary to the way we live. In fact, the way I look at it is that continuing to make progress in these areas is analogous to following Moore’s Law, except that unlike with Moore’s Law the technical and economic benefits of ongoing progress won’t come to an end.”

Voinigescu received his Ph.D. from the University of Toronto and went to work at Nortel Networks, where he spearheaded state-of-the-art modeling approaches for wireless and broadband fiber optics transceivers built using emerging semiconductor technologies like SiGe. After leaving Nortel, he co-founded Quake Technologies Inc., which in 2001 became the world’s first company to commercialize a 10-Gb Ethernet transceiver.

An IEEE Fellow and the recipient of numerous industry and Canadian awards, he’s been a professor at Toronto for nearly two decades, with a focus on mmWave and 100+Gb/s integrated circuits, atomic-scale semiconductor technologies, and more recently on quantum computing, where he uses 22FDX technology to manipulate qubits at up to 200 GHz.

He has about a dozen Ph.D. students who have won numerous accolades for their own work, and one of academia’s most well-equipped laboratories for testing and characterizing devices and circuits at frequencies up to 750 GHz. 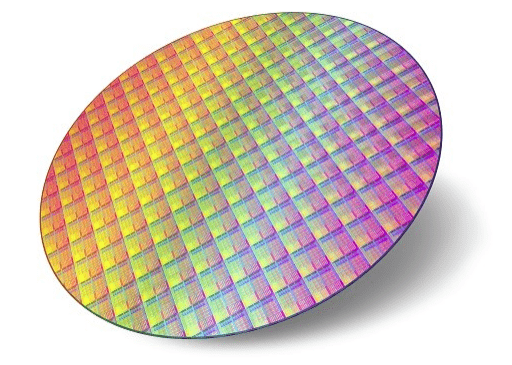 “Without Silicon We Wouldn’t be Able to Do Anything”

For many years Voinigescu worked with IBM on SiGe technologies, and that relationship not only continued but expanded when GF absorbed IBM’s semiconductor unit several years ago.

A noteworthy benefit for GF is that Voinigescu has also had a long relationship with GF’s 22FDX platform partner Bosch. “My team has long worked with Bosch’s research group on SiGe BiCMOS devices for 80-240 GHz transceivers, a collaboration which continues to this day, among others,” he said.

Voinigescu said that most of the sensor projects he takes on, such as automotive radar applications, are in the frequency range of 60-160 GHz, and he now almost exclusively works in the 22FDX technology. “FDX has a unique feature which lets us do things that otherwise would be very difficult or consume too much power,” he said. “The fact it has a back gate lets you either integrate new functions or increase the speed of the circuit without adding to the power burden, which extends device lifetimes because there’s less of a thermal issue.”

“As things become more digital, a lot of signal processing is going to have to be done on one chip so if you go with a CMOS solution like 22FDX instead of using GaAs, InP or other technologies, you’ll enjoy more digital functionality and control, power advantages and the opportunity to retain these advantages while moving to still-higher frequencies.”

As an example, he pointed to an automotive radar system he’s working on using the 22FDX platform. It’s an 80/160 GHz dual polarization transceiver that demonstrates better performance, to the tune of 6-10 dB higher phase noise, than competing designs.

“Without silicon, we wouldn’t be able to do anything,” he said.

Voinigescu said he appreciates the collaboration with GF on the 22FDX platform. GF provides him access to 22FDX technology and the necessary support and guidance. He and his students characterize the technology for different applications at greater than 100 GHz, and share the results with GF.

“It isn’t easy to do this work, but we’ve verified our models at above 100 GHz,” he said. “When people look at our work they see that the 22FDX platform is an appealing technology. It’s win all around for my research team, GlobalFoundries, their customers, and the industry as a whole.”